10 Things Any Small Business Owner Can Draw from Harry Potter 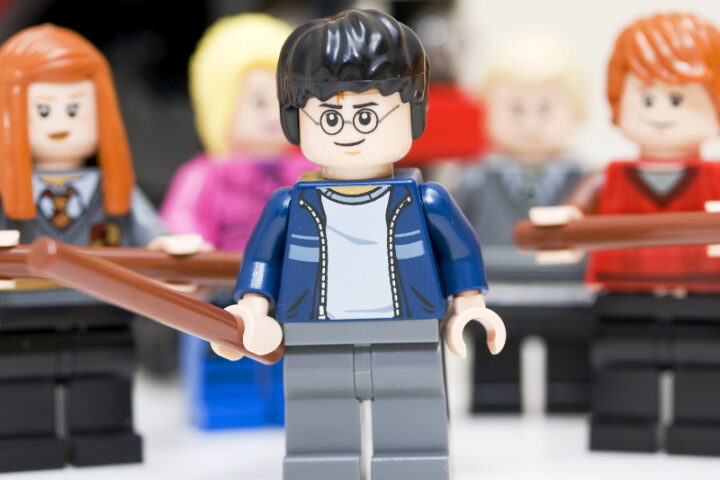 Do you remember how big the Harry Potter fantasy novels and the movies were in the late 90s and early 2000s?

For one reason or another, I’ve never gotten into Harry Potter at that time or thereafter. That is until HBO Max added all eight movies in the series, in the summer of 2021!

After watching the first of the fantasy series, Harry Potter and the Sorcerer’s Stone, I had to binge-watch the remaining eight movies. As I watched each movie, I made some observations and began drawing parallels to the business world.

Here are 10 of these parallels:

Harry Potter is a young boy who has the extraordinary talent of wizardry. His ambition to be great and his thirst for knowledge propelled him to master all sorts of spells, potions, charms, jinxes and other assorted magic with the guidance of peers and teachers.

Instead, pilot ideas, create an MVP (a minimum viable product/prototype), and go through the “customer-discovery” and “customer-development” phases before you go full-on with a business. Testing ideas. Less money. Fewer dependencies.

Harry Potter is much like many small business owners who start with nothing but their own determination. Combine that with tenacity, a hunger for learning, the ability to stand against adversity, and doing “one thing at a time,” and you have the elements of potential success.

Rest easy, there is no overnight success

Harry Potter’s success as a wizard was not an overnight achievement. It took years of hard work, perseverance, and seeking help from others before he became successful in accomplishing the big goal of defeating Voldemort (oops, maybe I should not have said his name).

The same is true in business: As an online entrepreneur, you can’t create an e-commerce website and expect it to break sales records on day one, week one, or month one of the operation. Or as a food entrepreneur, you cannot expect to have people lining up outside for your restaurant the first week you open your doors. It takes time and dedication. When you are starting out, that time is usually a precious investment for learning experiences that will come handy in the future.

Put the work in

Harry worked day and night to achieve his outcomes. Though he was given some of Voldemort’s power back when he was a baby, he was only able to defeat Voldemort in the end because he had learned and practiced the necessary skills. He went to class, learned the spells, practiced when he could, and ultimately came out on top in the end. Had he not had the diligence to prepare, he may have been defeated by Voldemort in the end, or maybe even before that by someone or something else.

His natural talent for wizardry is high but his progress was slow. Like in anything, mastery takes years…

If you’ve read Malcolm Gladwell’s Outliers, you are probably familiar with the concept of the 10,000 hours rule. Gladwell argues that it takes 10,000 hours of intensive practice to achieve mastery of complex skills and materials. Many are not willing to give the immense time it takes to achieve mastery, but those who do enjoy great rewards as a result. Success doesn’t come easily in any field–especially not in business–but the rewards of working hard are great: knowledge, experience, a sense of purpose, and community-impact.

If you, like Harry, are willing to give the necessary time and effort to learning and growing, you will reap these benefits in business and in life.

Endure rejection and failure to grow

Let’s hop out of the fantasy life of Harry Potter and into the real life of the Harry Potter author, J.K. Rowling. She is now one of the most successful authors in the word because she didn’t give up. She was a struggling single mother as she wrote the famous series. Believe it or not, she was rejected by a dozen publishers before someone took a chance on the soon-to-be-famous series.

How easy would it have been for her to give up? After all, she had a daughter to take care of! Rowling, though, had big dreams, and she was not ready to let go of them just yet. Because she didn’t give up, she is now one of the most successful authors in the world.

Little failures can result in big success. Remember the famous Thomas Edison quote when he was referring to how he kept himself motivated in his endeavor to invent the lightbulb?

Failure is a part of any business as well; however, don’t dwell on your mistakes. Just learn from them and apply your lessons accordingly. Consider them as stepping stones and something you must overcome before you reach success.

There is only one Harry Potter, the chosen one, but he did not do it alone. He understood that he could not fight the fight alone. It takes a team. In his case it took a village; he had helpers, doers, mentors, teachers, and subject matter experts surrounding him.

Harry Potter sought and accepted help; he welcomed help. Harry knew he couldn’t do it all on his own.

Plus, Harry had a strong core team who showed a complete alignment towards outcomes, great care for each other, and complementary skill sets. Harry knew they needed to work together, not just for themselves but also for a cause bigger than any one of them could handle on their own.

Consider your external team members (such as your Bookkeeper, CPA, Tax Preparer, Attorney, Marketing Consultant) among your team. Choose wisely. Even when it comes to choosing vendors, make sure they understand your business, can repeat what you do, and even refer business to you. A diverse group of thinkers helps you grow in areas where you may not be as knowledgeable or skilled.

Office Divvy provides teams to over two dozen clients. Make sure to check out Office Divvy’s “Your Team” offerings and see how we can help your business with operational solutions.
Learn more

Harry Potter had a hunger to learn. Formal education can only teach so much. Learning from others and peer-to-peer learning is equally as critical. Harry’s thirst for knowledge was met by a mix of sources.

Today, powered by technology, the internet, and cloud platforms, there are so many opportunities to learn new ways of thinking, new toolsets, new skills, etc. Masterclass, Udemy, General Assembly Classes, Khan Academy, and Code.org can all teach relevant skill sets to any business owner.

Don’t neglect to utilize these tools! Think of it this way–every minute spent not utilizing these resources is an opportunity for someone else to use them to learn and get ahead of you.

Business environments are ever-changing. Keep learning. Integrate learning into the day by day. Be ahead of the change. Prepare so you know how to adapt.

Have tolerance for risk taking

Harry took small risks and big risks. His risk-taking was critical both for his learning experience and in achieving his desired outcome–the big goal of defeating Voldemort. Harry was thinking about what he could do to make life better for himself, his friends, and his family. He faced many small evil enemies before he faced his biggest enemy, Voldemort. These enemies, though scary at the time, prepared him for what was to come. He had a long-term perspective on solving problems.

Small business owners often forget to think bigger than the next month or the next quarter. When you are a small business owner who is trying to keep afloat in these tough economic times, the big picture gets blurry, and the end goal seems far away.

Harry Potter reminds us to keep our eye on the prize and not to be afraid of taking risks in order to achieve big things.

Remember it’s not all business

Business owners often get too wrapped up in what is required for their business and may forget about personal passions. Harry didn’t forget his love for Quidditch, which kept himself mentally and physically sharp while allowing him to get his mind off of the daily pressures of life.

As a small business owner, having a hobby or a physical activity/exercise regimen and working on things outside of your business can refresh you and recharge your batteries.

We were created to work, but not to work without rest.

Rest can look like pursuing a hobby, spending time with family or friends, exercising, reading a book, watching a movie… you get the point. Work-life balance doesn’t have to be an elusive concept and working hard should not get in the way of that.

Harry Potter is a competitive young man, but his success came from collaboration with others. Harry did this in order to create an environment where everyone around him was successful together. None of them could have been successful on their own; they needed each other.

Business owners often operate in a silo without diverse perspectives, input, feedback, or interaction from fellow business owners. They isolate themselves, being reduced to only their brainpower, without the collaboration of others with different knowledge and experiences. A business owner who takes the time to work on relationships and collaborations with clients and colleagues, as well as their competitors, can maximize the chance for success.

Unlock what is already inside you

Harry Potter was a wizard from birth but did not know until his eleventh birthday when Hagrid showed up at his house to take him school-shopping for Hogwarts. Harry had to be told of the power he had inside of him in order to know how to pursue who he was created to be.

In the business world, this is often true. Though a big, hairy man does not show up to our houses and tell us of the skills we have, we have to discover them in order to grow them and use them. This can be through a few different avenues: someone close having that conversation with us, trial-and-error, or even through finding where our passions lie. Figure out what skills you already have and focus on improving those instead of putting so much attention on the areas you lack. You will learn to perfect those skills and you will see tremendous growth in your business as a result.

In the same way that you notice these qualities in yourself, seek to notice them in employees and future employees. See the potential. Learn how to lead them to growth and improvement. Only then will you get to see the results for which you hoped.

Binge-watching the Harry Potter series all at once provided a view into his entire journey. J.K. Rowings takes us from his start, what and who helped him, what gets in his way, and ultimately what makes him happy and successful.

It is not always easy to see ourselves in the context of the entire journey. It was nice to be reminded that the magic may be in not giving up and believing that your ideas and abilities can make a difference.

_________
Credits: Big thanks to my helpers and collaborators for this blog post: Sarah Yingling, Michelle Taing, Deborah Wotursky.