We stand against systemic racism. 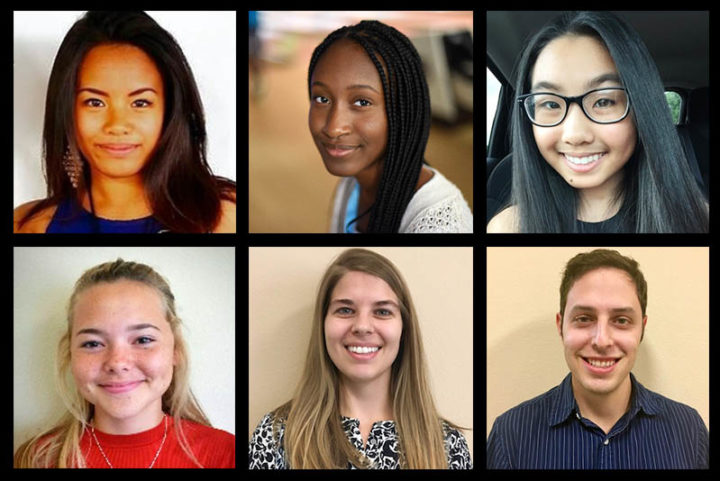 Simon Sinek on Millennials in the Workplace is a video that has reached millions on Youtube and Social Media.

His views were loved by some, and hated by others.

On Twitter, @JrJobes, a journalist (and likely, a millennial) called him an idiot.

Have you watched Simon Sinek’s original video on Millenials? If not, let’s begin with that; here it is for your enjoyment:

In his opinion, he’s bundling Millenials and Gen Z population, people born in 1981 and thereafter, as the “new generation.” Sinek says this group is becoming increasingly tough to manage, as well as entitled.

Okay, wait….enough generational jargon with all the Gen X, Y, Z… What does this all mean? Let’s first break down these generations and what each term means in terms of one’s year of birth.

So, Millenials (aka Gen Y) belong in the segment of the population who were born between 1981 and 1997.

Gen X is the generation before Millennials (those who were born between 1965 and 1980).

And Gen Z is the youngest generation, now entering workforce, that come after Millennials. Gen Z is the segment of the population born after 1998.

So you probably are asking yourself, why would Simon Sinek single out the Millenials and Gen Z segments of the population with less then favorable qualities in his video interview?

We asked some of our team members to respond to Simon Sinek’s opinion on millennials in the workplace. You’ll find their reactions below.

But first, let’s talk about how the Office Divvy team breaks down, generationally. Our team spans each of the living generations, except the Greatest Generation (those who were born between 1901 and 1927)…

At Office Divvy (as of May 2017), our youngest team member is 14 years old, and our oldest colleague just celebrated the “45th anniversary of his 39th birthday.” 🙂

Select members of the Office Divvy team who belong in Millenial and Gen Z segments, chose to write their own response to Simon Sinek’s video.

Here’s what they said:

I agree that we are too involved in social media and our mobile devices in general. Almost as though people are incurably bored – no amount of stimuli is enough to make some content.  I believe it’s beneficial to create balance in one’s life, and not use social media outlets as a crutch for one’s entertainment and happiness.

I disagree with Simon Sinek’s generalization of every millennial as “lazy” and “entitled.” It may be true for some, but saying that they all are constitutes a generalization.

After watching the video, I do agree with some of the points he made.

I do believe that our smartphones do get in the way of interaction with other people. We get too invested in social media and our phones and we rely on it as an outlet for our happiness. Social media can portray anyone as happy because we, the individuals, control what we post.

Furthermore, another point he made is how millennials grow up with their parents telling them they can do anything and making them feel special. It is true in some ways and it is false in other ways. My parents have always told me that I can do anything if I put my mind to it and I believe that is true because my dad is product of his word. However, my parents never made it seem so easy. They always stressed to me about how this has to amount to the time I put into something and how hard I work for it. No one will start on top and time is what will help us get there, but you have to put the work into it to see the change.

I do not agree with the fact that every millennial is entitled and narcissistic and I don’t believe that wanting to make an impact or to have a sense of purpose is a bad thing.

There’s definitely more I agree with here than not…

The prevailing perception that millennials are “entitled, narcissistic, lazy.”

Office Divvy tries to fulfill these millennial needs by creating a sense of purpose for them and demonstrating to them how and when they make an impact. Another thing Sinek says millennials seek at the work place is free food and bean bags. Office Divvy satisfied at least half of that one. 🙂

As I am charged with writing this blog post, I decided to include my own opinion as well: I agree with Sinek’s proposal that a large amount of millennials have different expectations of the work place that the generation that came before them,  including the characteristic of being entitled and especially lazy.

Many parents raise their children nowadays to instill in them the expectation that they deserve a reward for doing things they should already be doing. For example, many kids receive a monetary value for receiving good grades in school, when they should be motivated to do so already. Doing so creates a need for reward and leaves millennials with only an extrinsic motivation to work hard (to make an income), rather than an intrinsic motivation to work hard simply for the sake of working hard. Although this may be true for a large amount of millennials, it cannot be said about all of them, as Sinek suggests.

Along with this, I do believe that millennials and the generations thereafter are too involved in their phones. Babies are born knowing how to navigate an iPad and preschools are adopting computer – based teaching methods. The current generation is being born into new technology and will never know how it feels to function without it.

So, that’s what we had to say.

But what do you think?

How would YOU respond to Simon Sinek’s views on Millenials?

Feel free to leave a comment in the comments section below.

Jazzmyn Falloon
I am a high school student, interning with Office Divvy. I enjoy reading, writing, spending time with friends, and being vegan.

Office Divvy is a Business Percolator. Our mantra is “Empowering Entrepreneurs.” You are visiting the website for  no.1 community of entrepreneurs in Palm Coast. Call us if we can help you in any way: 386-445-4153

Download our 12-page White Paper that dissects Voicemail as business tool, and analyzes the usefulness of voice mail for business. Learn more and download it here: Free Whitepaper on Voicemail.
Office Divvy © 2008- Privacy Policy | Terms of Use
Office Divvy™ is a registered trademark of Office Divvy, LLC