Statement of Solidarity with the Black Lives Matter Movement 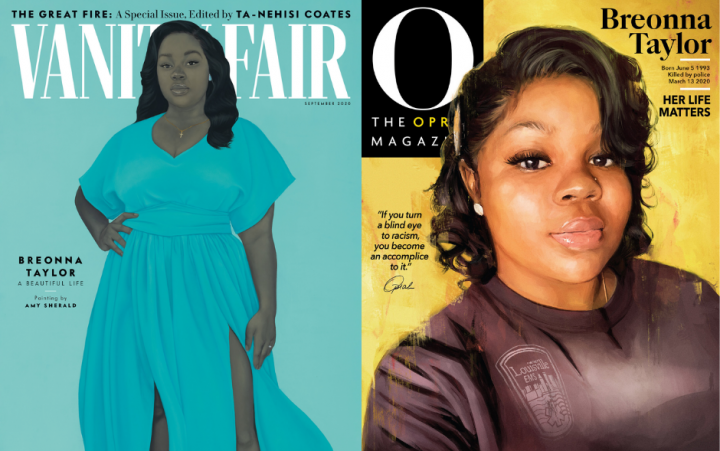 Like so many others, we were heartbroken by the killings of George Floyd, Ahmaud Arbery, and Breonna Taylor.

We wept and mourned openly after watching the video of George Floyd’s murder. We recognize the pain, fear, and anger so many in our community are experiencing. No less than the murders of Trayvon Martin, Eric Garner, Tamir Rice, Botham Jean, and scores of other unarmed black men and women in communities throughout this country, it’s everyone’s responsibility to do what we can to educate ourselves on what the Black community has faced for generations along with the issues that pervade our society today.

As a company, we’ve created a culture of direct communication and frank conversations. We denounce bigotry and hatred based upon race, country of origin, religion, ethnicity, gender, gender identity, sexual orientation, or disability. Hate is in direct opposition to the values our business aspires to uphold. We have a 12-year history of employing young people from diverse backgrounds. The thing that they have in common is promise–the promise of what they are on their way to do in this world.

Our employees are speaking up and they expect us to do the same. We are good with that. We ask this question to all different people: How are companies using their platforms to stand with #BLM?  In addition to donating, what have you seen businesses doing as part of the Black Lives Matter movement that you think are effective?” There seems to be no shortage of companies who are trying different things. That seems positive to us. 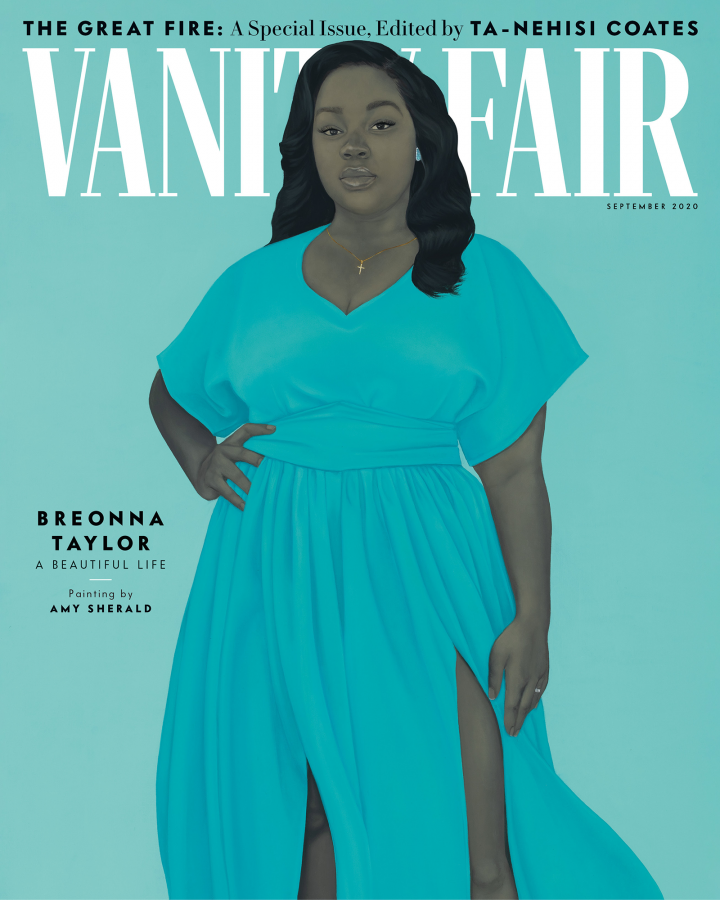 The Vanity Fair Cover of Breonna Taylor meant different things to different people. For us, it is both beautiful yet full of sorrow for what will not be.

For the first time in O Magazine history, Oprah Winfrey gave up the cover so that the issue could make way for Breonna Taylor’s story, racism, and white privilege. 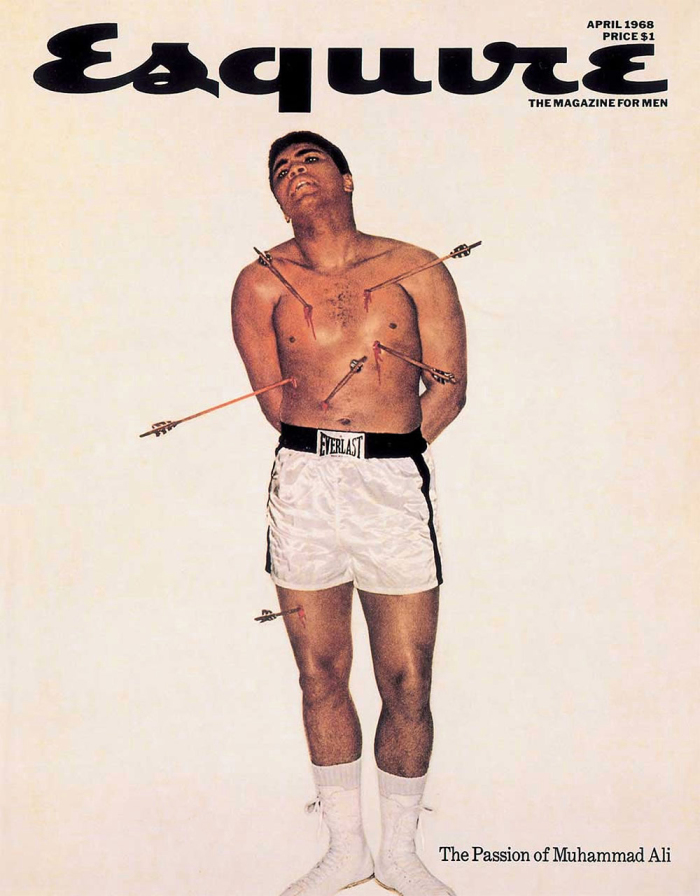 These covers reminded us of the famous 1968 Esquire Magazine cover Mohammad Ali was pictured at a time when he had been stripped of his boxing title after refusing to be drafted. He was then banned from fighting anywhere in the country for 4 years (age 24 to 29).

Esquire Magazine featured him in this way with deadly wounds (inspired by a 3rd-century Christian martyr) when white America was so suspicious of his affiliation with the Nation of Islam. {the Muhammad Ali Esquire Cover 1968}

George Lois was the Creative Director and Harold Hayes, the editor. It may be comfortable to say George Lois was an original and there is no one like him (and that is true). They risked their jobs and used their platform. 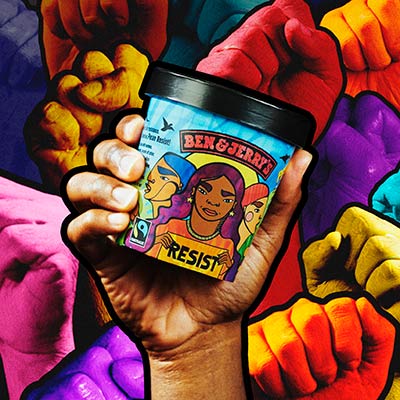 Delicious resistance? Yes there may be such a thing.

Ben & Jerry’s ask us to join the resistance: Pecan Resist, has so much than chocolate chunks it supports four organizations working toward a more just and equitable future and peacefully resisting regressive and discriminatory policies.

The Electronic Arts worked to bring back Colin Kaepernick to Madden NFL 21. 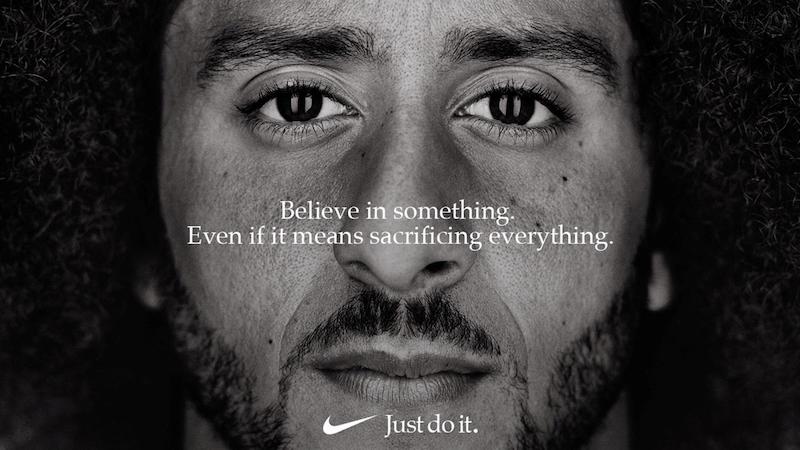 After being excluded from the game since 2016—the year Kaepernick became a free agent following his choice to kneel during the national anthem in protest against racial inequality and police brutality—EA reached out to bring him back to Madden.

Old Navy is an example of a company that is taking a top-down approach and giving themselves a deadline.

Their “We Can. We Will. We are Change” campaign recognizes what is needed within its employees, brand, and communities, and clarifies the specific actions they are each committed to taking: doubling the representation of Black and Latinx employees at all levels in US HQ offices by 2025; increasing Black representation for store leaders by 50% by 2025; developing and representing inclusive products; making annual donations to nonprofit partners like the Boys & Girls Clubs; calling out its community to also initiate meaningful change.

One particularly powerful conversation was Mellody Hobson of Ariel Investments’ TED Talk, “Color Blind or Color Brave™?” She discusses why we should speak more openly about race and how it’s better for us personally, professionally, and for society as a whole.

We are on the lookout for inspiration in the business community, but we won’t wait for it.

NYMAG Article has some of the best donation resources we’ve seen in terms of Victim funds and youth-oriented enrichment programs.

Connect
ODivvy
Office Divvy is a business percolator.Our mantra is "Empowering Entrepreneurs."We work with the Entrepreneurs, Small Business owners, Startup Founders, and Professionals in Palm Coast, Florida and beyond.