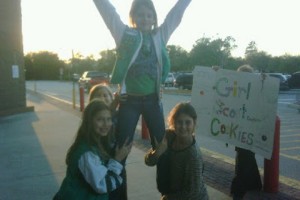 This blog post previously appeared in the Old Office Divvy Blog I’m not big for shopping. I’m not a WalMart fan. But earlier this month I had to make a quick stop at Wal-Mart to buy some supplies for the office. And there they were, the Girl Scouts, right at the entrance of the store. They greeted me warmly, and asked if I wanted to buy some cookies. I’m not […] 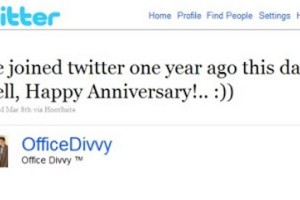 This blog post previously appeared in the Old Office Divvy Blog Firstly, I have to admit that it is totally by coincidence that my blog entry falls on this 4th birthday of twitter. There were some things that were bugging me about twitter recently, and I’ve been thinking about writing about those for a couple weeks now. I was able to finally get to it yesterday. And as I was […] 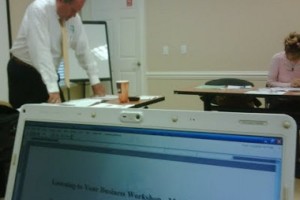 3 Things I learned from Ned Harper

This blog post previously appeared in the Old Office Divvy Blog Last Thursday, I attended a seminar offered by the Daytona Beach Small Business Development Center, taught by the SBDC Director, Ned Harper. Topic? “Listening to Your Business.” I walked in the classroom five-minutes late, and my learnings started right away. Just as I sat in my chair, the person to my left was done with her introduction and it […] 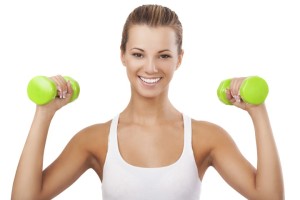 New Years Resolutions: In Or Out?

The New Year is a special time for me… Since I was a kid, it has been the most important holiday in my life. I’ve always liked it better than my birthday, or any other holiday. I particularly like the fact that it is non-religious, and that it creates excitement in most of the world. I find the New Year’s Holiday to be a progressive one: It creates closure to […]

This blog post previously appeared in the Old Office Divvy Blog I stumbled upon a video of the entrepreneur and innovator, Randy Komisar, on Success, Failure and Innovation in Business…. According to Mr. Komisar, what distinguishes the Silicon Valley Startups is not its successes, but instead the way in which Silicon Valley deals with failures. Komisar argues that the Silicon Valley is about experimentation, innovation, and taking new risks. According […]